A digital Marketing initiative backed by 21 years of marketing expertise.

About: Club Mahindra was the Title Sponsor at “SOI Dandiya” Navratna Navratri. SOI being a pioneer in organizing massive scale Garba since 1998 organized a huge contest to promote Club Mahindra

Objective: To spread awareness of Club Mahindra amongst all youngsters via SOI Dandiya across Ahmedabad and to promote the brand through digital marketing

Target Market: Youth between the age group of 16-35 were targeted geographically in Ahmedabad

Strategy: This was an enormous opportunity for Club Mahindra to create the buzz. As it was Navratri time, we had come up with an idea where we could collectively find mass youths at one place and so the intellectual property of “SOI Dandiya” lawns was used. We ideated and developed a contest named “LIKE and WIN” which was held by a very well known brand SOI Dandy. The “LIKE and WIN” contest consisted of a photo booth which was placed at the lawns of the Garba Ground. People just had to come to the booth and click selfies in the booth. Further, they had to upload their photos on Facebook and tag SOI Dandiya in it. Finally, the winner was declared with the highest number of likes and was awarded by Club Mahindra.

Results: We received tremendous response from more than 1500 people who tagged and mentioned us on Facebook and Twitter with the hastag #LikeAndWin #ClubMahindra. Digitally more than 60,000 people were reached and the campaign became a huge success. 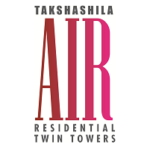